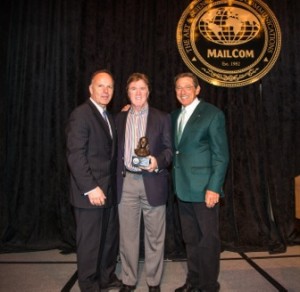 “We at MAILCOM are proud to honor John Dockery with a Ben Franklin Award for all he has done to forge the way in mail technologies and social responsibility,” said Lance Humphries, CMDSM, MAILCOM’s Managing Director.

Prior to founding Cambridge, John enjoyed a successful professional football career including membership in the NY Jets Superbowl III team. Brooklyn born and Harvard educated, John remains active in network sports casting and is an active supporter of several charitable organizations. Notably winning charitable Man of the Year awards with the HOPE PROGRAM, Abilities INC., and the American Lung Association.

Dockery holds a degree from Harvard and it constantly pushing to improve his corporate and social responsibility. Formerly known as the National Center for Disabilities Services, Abilites! Has been a core focus of John’s volunteer efforts for almost thirty years. Abilities! Sports Night annually raises over $1 million for vocational education for disabled youngsters. Sports Night is a gala affair, taking many months of planning, each year it features personal participation in the fun and entertainment by over 100 prominent sports figures, including such legends as Jack Nicholas, Frank Gifford, Willis Reed, Jim Brown and many, many others. John serves each year as Master of Ceremonies, as well as helping to recruit sports figures and in sundry other ways. Abilites! named John its Man of the Year in 2002.

The HOPE Program, founded in 1984, helps New Yorkers transcend poverty and prepares them to find, keep and grow careers. By blending vocational, educational, and social services with a lifelong commitment to a person’s growth, HOPE demonstrates that poor New Yorkers can create better lives for themselves and their families. HOPE has won many awards including Charity navigator’s “The Best Social Services Organization in the Nation”.

Founded by current President & CEO John Dockery in 1988, Cambridge is a leading outsourcing service provider to an elite group of clients in the banking, finance, insurance, legal and entertainment industries. From back-office support operations to large campus mail and distributions systems, our clients experience a level of service unparalleled in the industry. Cambridge believes that all employees, from foot messengers and clerical personnel through account managers and company executives, be treated with respect and paid a livable wage. All Cambridge employees receive a full range of company provided benefits, including heath care and annual paid vacation. As a result we can provide our clients with consistent service by experiencing the lowest turnover rate in the industry.

A personal investment in every employee differs us from the rest. 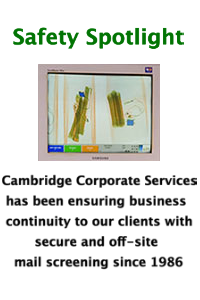 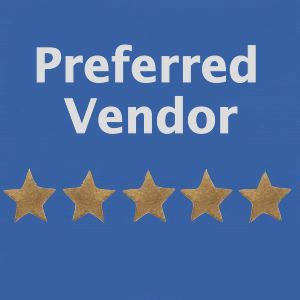